A man used a product called the Knee Defender which prevented a women in front of him to recline her seat.

The two passengers got into an argument and the women threw a cup of water in the man's face. 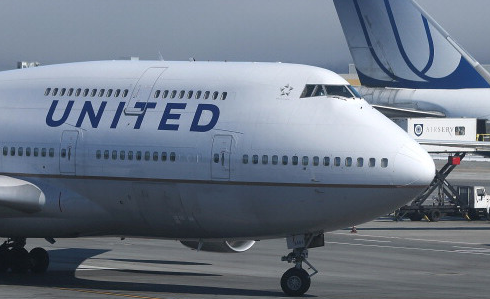 This led the United Airline to an unscheduled landing in Chicago during a flight from Newark to Denver.

Both of the passengers paid extra to be seated in United's Economy Plus section which gives you extra legroom.

A spokesperson from United Airlines said that both of the passengers were taken off of the flight.

Ira Goldman, inventor of the Knee Defender, said that "Knee Defenders aren't about getting more space. They're about stopping something from moving and hitting you."

"It starts the conversation before there's a problem," he said. "This has been on a market for 11 years next month. It’s never happened before."