Why Are The Chinese Controlling The Rain - Cloud Seeding

0 Cloud Seeding, Why Are The Chinese Controlling The Rain 9:02 AM

Why Are The Chinese Controlling The Rain - Cloud Seeding

Back in 2,150 BC, Emperor Yu sealed his place in China’s history of eminent rulers by controlling the Yellow River’s annual flood, saving waterlogged crops.

Today China’s rulers are controlling the rain. It does that by “cloud-seeding,” the colloquial term for rocket-launching chemicals into clouds, accelerating the creation of ice crystals that eventually become rain (China uses military aircraft too). This meteorological enema isn’t just handy for combating the country’s increasingly severe droughts and, supposedly, preventing hail. Local governments use “weather modification” to clear away lingering billows of air pollution. 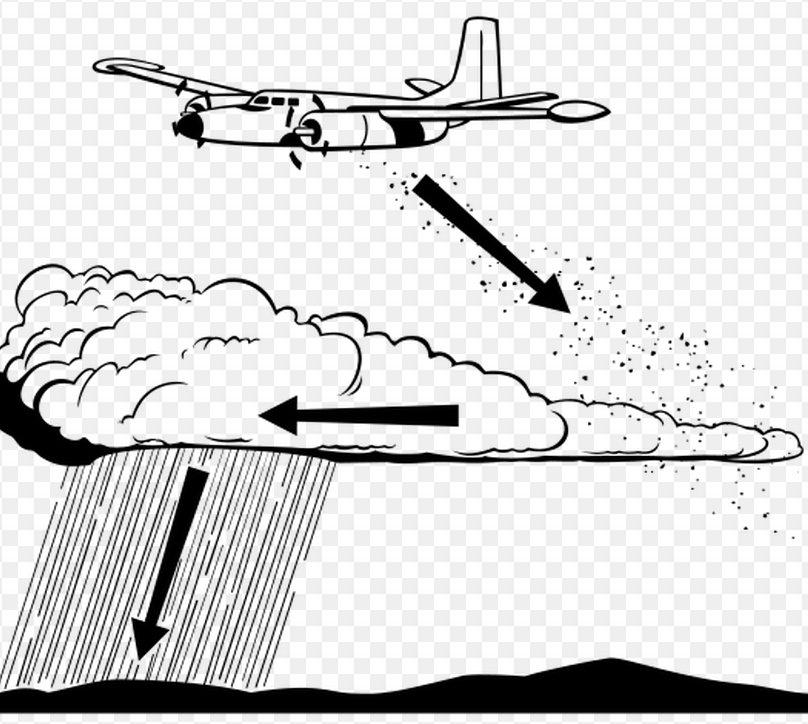 China’s come a long way since 1958, when Russia brought cloud-seeding to the Middle Kingdom. It’s now the most trigger-happy cloud-seeder in the world. In 2011, China spent $150 million on a single regional artificial rain program; it’s unclear how much other local governments spend. The US, by comparison, spends around $15 million a year. It now creates 50 billion tonnes (55 billion tons) of artificial rain a year. That compares with an average of 36 billion tonnes a year (40 billion tons) from 1999 to 2006.

With its horrendous air pollution and acute water shortage, China is a natural contender to be the world’s leading cloud-seeder. But another reason is that few countries share its enthusiasm for the technique. For one, its effectiveness has never been well established. Put simply, it’s hard to tell if those 55 billion tons of artificial rain would have fallen anyway.

If the technique does work, that could actually cause other problems. Some say prematurely inducing rain prevents it from falling elsewhere. Also, cloud-seeding probably makes hail expand, not shrink, and pollution already seeds clouds automatically.

If cloud-seeding is possibly futile and destructive, why is China ramping up? Aside from environmental concerns, there are lucrative reasons to cloud-seed. The CMA has plans to seed clouds for private enterprises like farms or hydropower stations, Zheng Guoguang, the head of the CMA, told the China Daily in 2012. A Beijing meteorologist described China’s motivations to Vanity Fair at a weather-modification banquet in 2008 as follows: “People believe what they will, and governments must be seen to take action.” 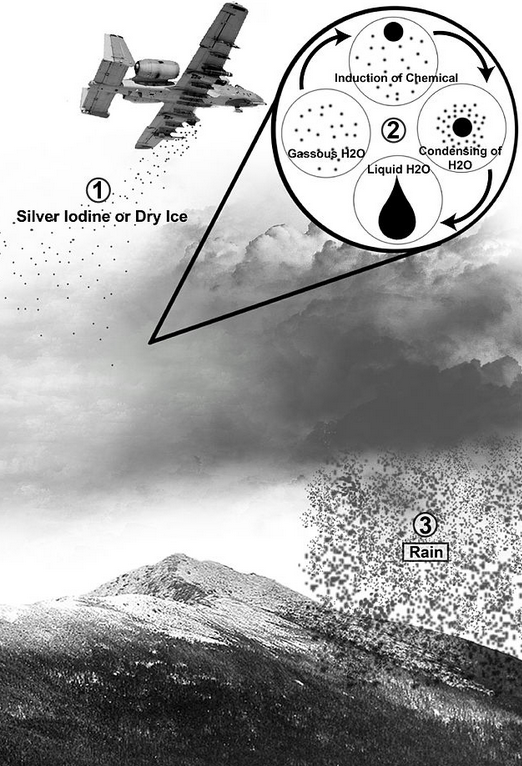 The most common chemicals used for cloud seeding include silver iodide and dry ice (solid carbon dioxide). Liquid propane, which expands into a gas, has also been used. This can produce ice crystals at higher temperatures than silver iodide. The use of hygroscopic materials, such as table salt, is becoming more popular after promising research.

Cloud seeding to increase snowfall is done when temperatures within the clouds are between 19°F and -4°F (between -7°C and -20°C). This is the range at which silver iodide does its best work, as demonstrated by decades of research. Introduction of a substance such as silver iodide, which has a crystalline structure similar to that of ice, will induce freezing nucleation.


Other Articles Of Interest:
Why Are The Chinese Controlling The Rain
Why Do Koalas Hug Trees?
Young Illegal Immigrants Can Defer Deportation
Illegal Immigrants Are Being Shipped To Arizona
Why Are Mega-Mergaers Killing Innovation?
D-Day Invasion
Rihanna's Racy Dress - Is It To Much Or Not Enough?